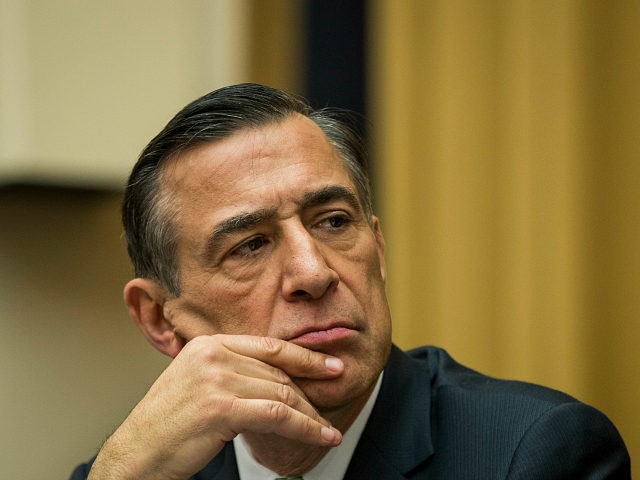 He says he wants to ’empower’ Horowitz as well

An attorney representing FBI whistleblowers reportedly said some agents are calling for Director Christopher Wray to be ousted amid criticism of the Mar-a-Lago raid and the bureau’s handling of the Hunter Biden investigation.

In response to a Washington Times report on the matter, House Judiciary Committee member Darrell Issa told Fox News there have been whistleblowers approaching congressional Republicans with varied concerns.

“Confidence at the FBI and also at the Department of Justice has created a groundswell of new whistleblowers who are coming forward talking to [Ohio Rep.] Jim Jordan and [Kentucky Rep.] Thomas Massie and myself,” Issa told “Jesse Watters Primetime.”

“But also they’re going public in many cases: asking for reforms, getting the politics out of the Department of Justice and particularly the FBI.”

However, in a statement to Fox News, FBI Agents Association president Brian O’Hare appeared to rebut such claims, saying in part that “attempts to politicize FBI agents’ work and divide our team should be rejected. While there are some who claim to speak on behalf of FBI agents, only the FBI Agents Association, representing more than 90% of active-duty Special Agents, serves as the voice for these agents… “

“With a clear eye on our mission, we remain confident in Director Wray, his leadership team, and our agents,” O’Hare concluded.

Issa told Fox News that Wray will be called before Congress in January if Republicans gain control of the speaker’s gavel.

“[Presumptive Judiciary Committee] Chairman Jordan and the rest of us very much want to make sure that we put these people in front of our committee, first in deposition and then publicly, if appropriate, and make sure that we hold them accountable for what they’ve done,” he said.

The lawmaker praised DOJ Inspector General Michael Horowitz for his previous work to investigate suspected issues with the department’s probe into whether Trump colluded with Russia during the 2016 election.

Issa added that, if the GOP regains the majority, he will seek to further “empower” Horowitz to scrutinize the FBI, alleging the inspector general has been “hamstrung many times” as of late.

“The most important [thing] is making sure that resignation or retirement does not put you outside the reach of the inspector general. We’re going to change that if it’s the last thing we do on Judiciary,” he said, as host Judge Jeanine Pirro referenced the weekend resignation of Washington field office Special Agent-in-Charge Timothy Thibault.