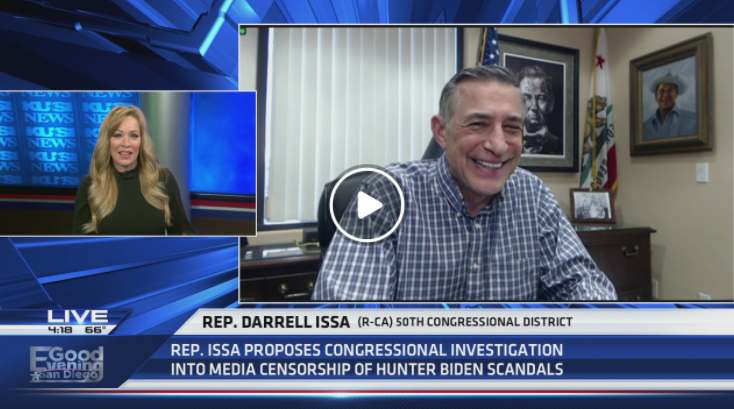 The “New York Post” ran a story in September of 2020 about Joe Biden’s son, Hunter’s laptop and the potentially compromising material contained on the device.

The laptop, which Hunter left at a Delaware computer repair store, contained evidence that he had been colluding with deep-pocketed corporations in China and Ukraine, then giving a cut to his father.

Rep. Darrell Issa has proposed an investigation by the House of Representatives into big technology companies, media organizations and Democrat Party political allies for their censorship of the Hunter Biden’s scandals.