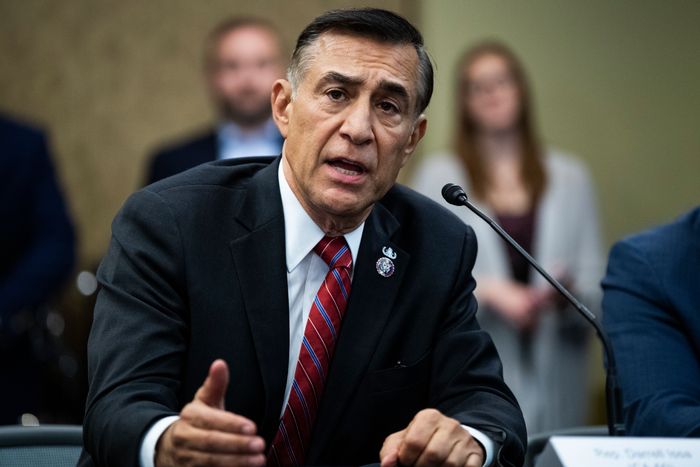 Rep. Darrell Issa, R-Temecula, asked the U.S. Army Tuesday to clarify how it’s processing religious exemption requests submitted by soldiers who are opposed to the COVID vaccines and at risk of being discharged, potentially “causing irreparable harm” to the U.S. Armed Services.

“As COVID-19 restrictions and mandates are ending across the country and throughout all levels of government, I question the need to continue pursuing the systematic discharge of more than 38,000 active-duty service members at a time when the nation faces new and emerging conflicts around the world,” Issa said in his letter to U.S. Army Secretary Christine Wormuth.

Issa said he was concerned about how the Army and other branches had been administering religious exemption and other requests, and whether the military policies were even-handed.

“I have significant questions regarding how the Department of Defense is conducting the accommodation process and reports of procedural shortfalls regarding guidance given to soldiers,” the congressman said.

According to Issa, the data on exemption approvals are unclear, and he wants the Army to confirm the “number of religious and medical accommodations to the COVID-19 vaccine” that have been authorized. He also requested that Wormuth provide numbers on pending requests that have yet to be processed.

The congressman telegraphed urgency in his desire for a response, saying that he had been deluged with “hundreds of active-duty military members … searching for help and revealing the troubling details of this destructive mandate.”

“They understand all too well its devastating impact on their families … and our nation’s force readiness,” he said. “This mandate is causing irreparable harm to the uniformed services as it … ends careers of honor.”

Most military branches established a deadline of last December for personnel to get vaccinated. The timetable has been affected by exemption requests and multiple lawsuits, though hundreds of airman, soldiers, sailors and Marines have already been discharged for refusing the vaccines, according to published reports.

According to the Department of Defense, the vaccine compliance rate is 97%.

Last year, in announcing the need for mandatory vaccinations, Army Surgeon General Lt. Gen. Scott Dingle said it was a “matter of life and death for our soldiers.”

Dingle said the coronavirus strains made “protecting the force through mandatory vaccination a health and readiness priority to the total Army,” including National Guard and Reserve units.

Issa has set up a web portal to assist personnel who are seeking exemptions. It can be found at issa.house.gov/military-vaccine-mandate- assistance.