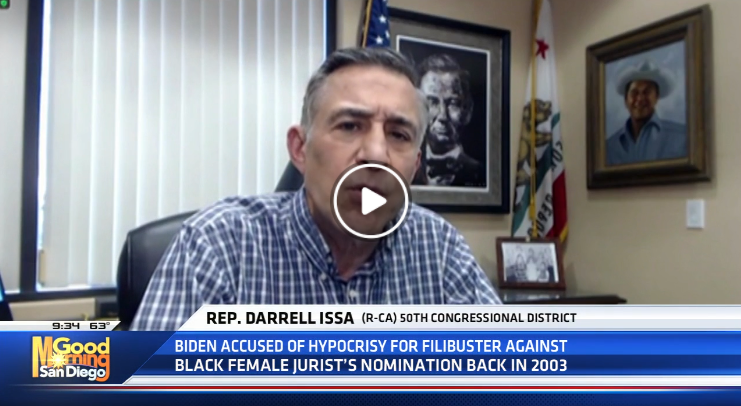 President Joe Biden wants credit for nominating the first black woman to the Supreme Court, but many people, including Congressman Darrell Issa, are blasting Biden’s efforts as hypocritical.

Back in 2003, Judge Janice Rogers Brown was nominated to serve on the U.S. Court of Appeals for the District of Columbia Circuit.

As a Senator, Joe Biden filibustered her nomination. Not once, but twice.

After a two-year fight she was approved in 2005, and was hailed as a potential Supreme Court nominee following Justice Sandra Day O’Connor’s retirement.

However, Biden warned President George W. Bush that if he nominated the first black woman to serve on the Supreme Court, he would filibuster and kill her nomination.