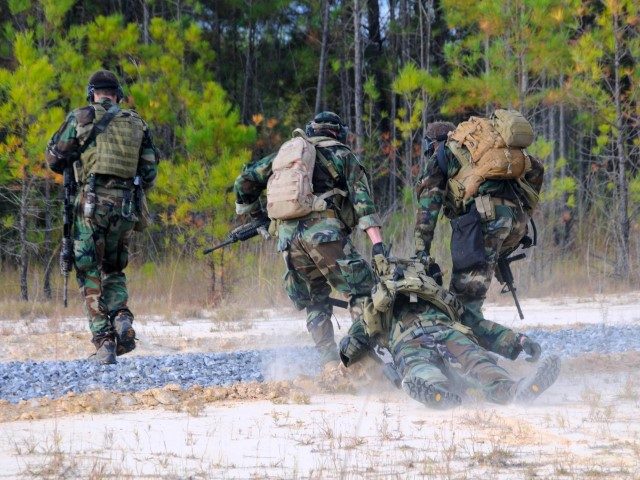 A federal district court on Monday granted a motion that would treat all sailors with religious objections to Biden’s Pentagon vaccine mandate as part of a single class in a lawsuit brought against the agency by First Liberty on behalf of 35 Navy SEALs.

Judge Reed O’Connor for the U.S. District Court for the Northern District of Texas ruled that the 35 Navy SEALs suing the Department of Defense for infringing on their religious freedoms will be seen as representatives of all sailors with religious objections to the vaccine mandate.

This effectively means that in addition to the SEALs, whose case is still in litigation and are therefore exempt from separation from the Navy, the DOD cannot separate any sailor with a religious objection to the vaccine mandate while the case is pending, perhaps numbering close to 4,000.

The federal court had previously blocked the Pentagon from taking any actions against the Navy SEALs in making deployment, assignment and other operation decisions, but the Supreme Court lifted that injunction last week in a setback to the SEALs. However, the Navy still cannot discharge them.

O’Connor stated in his decision:

The Court also GRANTS Plaintiffs’ Motion for Class-Wide Preliminary Injunction, but immediately STAYS the injunction “insofar as it precludes the Navy from considering respondents’ vaccination status in making deployment, assignment, and other operational decisions.

O’Connor’s latest ruling will likely be appealed by the Pentagon, and after the Fifth Circuit federal appeals court, the case could end up in Supreme Court again.

Defense Secretary Lloyd Austin, in August 2021, ordered that all service members must be fully-vaccinated against the coronavirus after the FDA approved the Pfizer vaccine.

However, 16,000 or more service members have refused or filed for an exemption. Service members could file for permanent or temporary exemptions for medical reasons, administrative reasons such as a pending separation from the military, or religious exemptions.

So far, out of thousands of requests for religious exemptions, the military granted about two dozen. Rep. Darrell Issa (R-CA) discovered that three cases he inquired about were granted only because the service members were already leaving the military.