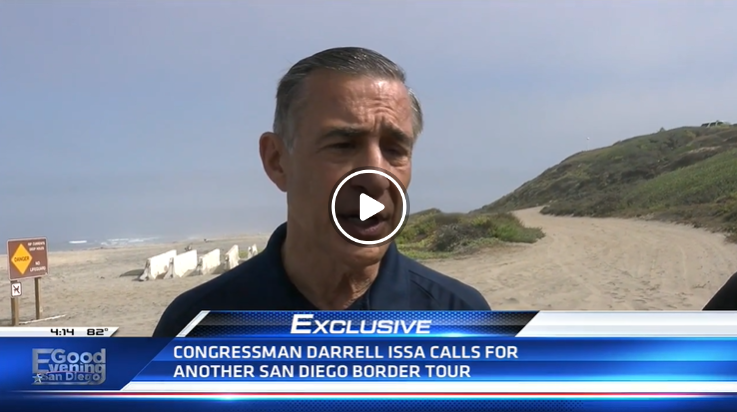 KUSI’s Teresa Sardina accompanied the group, along with USBP Officers, as they started at the wall  at the Pacific Ocean, and traveled along San Ysidro to Otay Mesa. The tour stopped at a location where there is large gaps in the border wall, allowing illegal immigrants to enter the United States unobstructed.

As they arrived, a man was illegally entering the United States, and walked right up to the group. He was a Russian named Alexander, who spoke no English, and claimed to be seeking asylum, and was taken in for processing.

Rep. Issa said Alexander could have asked for asylum in any of the countries he was in on his way to the United States, but we are the magnet, because “we have the open door.”