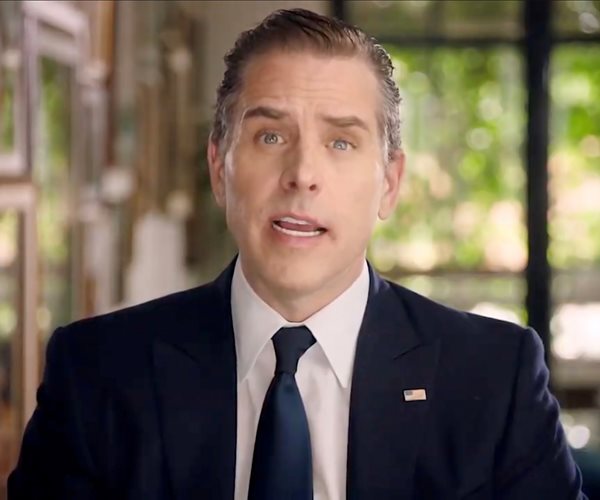 Republicans in Congress are laying the groundwork to investigate Hunter Biden’s laptop if they get the majority in the midterm elections.

Rep. Darrell Issa, R-Calif., told Just the News podcast host John Solomon Wednesday that he is sending letters to the New York Times, Facebook, Twitter, and “dozens” of former U.S. intelligence officials that “debunked,” and called reports about President Joe Biden’s son”s laptop, and its contents, “Russian disinformation,” requiring them to “preserve evidence” that may be used in the investigation next year.

“What I can’t live with,” Issa told Solomon during the podcast Wednesday, “is the fact that when the New York Post, one of the oldest print newspapers in the country, founded in 1801, comes out with credible evidence, which they can show how they got it, what their sources were — there were no hidden sources on this — they not only got shut down by … Facebook and Twitter, but they got shut down by the New York Times, by public broadcasting, by virtually everyone. And they were shut down by having more than 50 of the most informed people in the intelligence world all saying that they knew that this was false information. That is a conspiracy of monumental size.”

The New York Post reported on the laptop, abandoned at a Wilmington, Delaware, repair shop, that apparently belonged to Hunter Biden, and included several items, including potentially incriminating emails, regarding his business dealings with foreign countries and individuals.

In just one of the emails, Ukrainian national and third in command at the Ukrainian energy company Burisma, Vadym Pozharskyi, thanked the younger Biden for the opportunity to meet his father, then Vice President Joe Biden, and for “spent time with him” in April 2015.

Hunter Biden was paid tens of thousands of dollars a month for sitting on that company’s board at the time.

The Post story, published just weeks before the 2020 election, was immediately shut down by Twitter, which blocked the newspaper’s account, and was also censored on Facebook as well as the New York Times saying it was part of a “Russian disinformation campaign.”

Some 50 former members of the intelligence community also said the information was “false” and created by the Russians to interfere in the election.

Last week, however, the Times reported that the laptop, and its included information were authentic and part of an ongoing Department of Justice probe into Hunter Biden regarding his financial and tax affairs.

“That is where we’re asking to have the evidence preserved,” Issa told Solomon. “And when we receive the ability to subpoena again … on the anticipation that the House will return to the [GOP] majority, this is an investigation that has to be done, because shutting down the First Amendment is now a pattern of new media. But it’s also becoming a pattern of old media. And there aren’t very many older than the New York Times.”