California Families Have Returned Home from Afghanistan, But It Wasn’t Easy 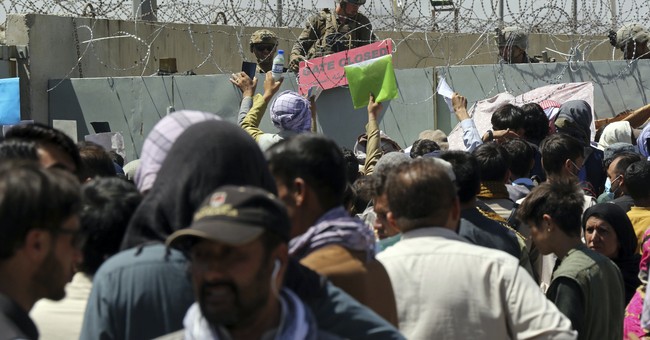 We recently covered how there were California families still stuck in Afghanistan. There have been updates about some families who live in the Cajon Valley Union School District making it home, but it certainly wasn’t easy. Tori Richards writing for The Washington Examiner highlighted the lengths some of them went through.

National and local media outlets have profiled the story of the Faizi family, who appeared with Rep. Darrell Issa (R-CA) in a press conference on Thursday. A press release from the congressman’s office also noted that El Cajon Valley Union School District Superintendent David Miyashiro and his team, and El Cajon Mayor Bill Wells were also present.

In an overview of the press conference, Karen Pearlman for The San Diego Union-Tribune wrote:

Faizi, an electrician who’s lived in San Diego County since 2017, said he and his family left on July 19 to visit Faizi’s brother in Afghanistan. He figured this summer might be the last opportunity to see relatives before U.S. troops pulled out on Aug. 31.

Instead, the family suddenly found themselves trapped, struggling along with thousands of other U.S. residents to escape the country.

Faizi described the fear en route to the airport in Kabul, where American troops were trying to evacuate as many people as they could before the deadline, praying they would make it through the checkpoints. Hiding for four or five days in the sun with no shade. No showers. No sleep. Getting water and food via soldiers. And finally gaining clearance to get onto an airplane.

Issa is also trying to get Faizi’s brother out of Afghanistan, who had worked for a logistics company which was targeted by the Taliban. He is working with Rep. Sara Jacobs (D-CA), according to Pearlman, to bring more people over from Afghanistan from the district.

A statement from Rep. Issa and more information about those rescued and left behind after the event detailed:

“My team and I set a goal to bring Americans stranded in Afghanistan home – meeting and speaking with the families and children we were able to help escape was an honor and a testament to the tireless work of our team,” said Congressman Issa. “While this extraordinary gathering was a joyous welcome for these families, it only furthered my determination to bring the remaining stranded Americans back home to their loved ones.”

Congressman Issa reiterated that his office has to date helped a total of six El Cajon-area families out of Afghanistan totaling 11 adults and 20 children. Rep. Issa and his office are still actively working to bring an additional family from the El Cajon community home, husband and wife both more than 80 years old, a pregnant American citizen beaten by the Taliban, an interpreter, and other stranded individuals back home to America.